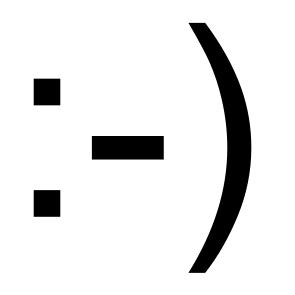 According to a Septmber 20, 2012 news article in Sydney Morning Herald, one Sydney man was being double-charged for sending a smiley face with a bulletpoint nose. As very few people know, some characters can take up more space than others. Thus the bulletpoint nose was using 10 characters and pushing the SMS into two different characters. The Sydney resident has since stopped using the bulletpoint.